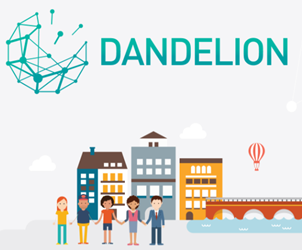 The latest Policy Briefs developed by DANDELION focusing on “hot topics” related to social challenges faced in the European Union are now available.

The content of these Policy Briefs is extracted from the latest research on social sciences and humanities from relevant European-funded projects on IIRS-H2020 among other initiatives and sources. Each Policy Brief has a shorter version or a factsheet that aims to trigger further reading, that being the full Policy Brief.

i) Ageing population – a demographic challenge for Europe

Europeans are living longer than ever before, and this pattern is expected to continue due to unprecedented medical advances and improved standards of living [1].

The demographic ageing within the European Union (EU) is likely to be of major significance in the coming decades. As a result of the transition towards a much older population structure the proportion of people of working age in the EU is shrinking while the relative number of those retired is expanding.

The challenges that Europe faces with the ageing population can be divided in two broad categories – the impact of an ageing population on future economic growth and on the future of social protection systems in Europe. To tackle these challenges there is a need for innovations in technologies, services and business models to turn this longevity into an asset for social and economic development.

Engaged citizens are at the heart of a smarter governance process. Citizens should not just be involved, they should be driving the process and being the managers as they have an important role to play in contributing to the development and implementation of smart policies, to better address the pressing societal challenges.

Citizen engagement refers to the practice of encouraging citizens to become involved in community life and help shape the community’s future, whereas co-creation is a specific method on how to do so. It aims at bringing different city stakeholders together with a set of offline and online initiatives, in order to create a better city and future together.

The quadruple helix model, which brings together citizens, knowledge institutes, businesses and local governments, capitalises on the potential of these stakeholders as co-creators of social innovation and better policies.

High unemployment rates along with the unequal accessibility to the labour market and the low chances for career development, have led to the rise of socio-economic inequalities and threaten the maintenance of social cohesion within the EU. The financial crisis had a big impact on the labour market causing inequalities in terms of overall employment, type of job, gender distinction and youth employment and training. As a result, a percentage of 24.5 of the population of the EU-28 is already at risk of poverty or social exclusion. The continuous rise of these inequalities may lead to serious social problems, distrust within the society, increase in crime as well as in mental health related disorders. Tackling these inequalities remains a challenge for the EU.